Recently, we read about this property sales agent who created a business card inspired from Magic the Gathering. The concept that they applied was really cool.  She would normally hand out these cards to geeky type of people. She has been getting leads for her properties through this creative approach. 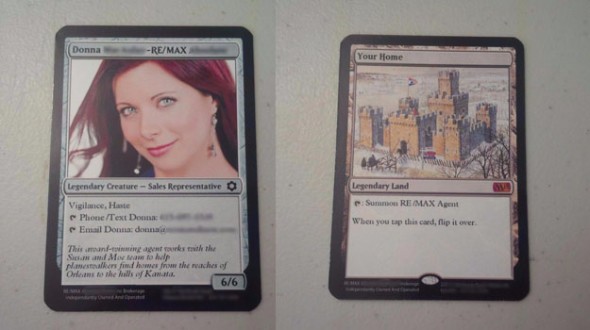 Photo and Article from Geek.com

Because of this, the SlowMoManila team thought of creating our own version of this for a tech company. We wanted to make it hyper realistic and make it as if it was near to the artworks of MTG group. We wanted to experiment and see how the creativity of Filipino artists can help businesses gain attention and leads. 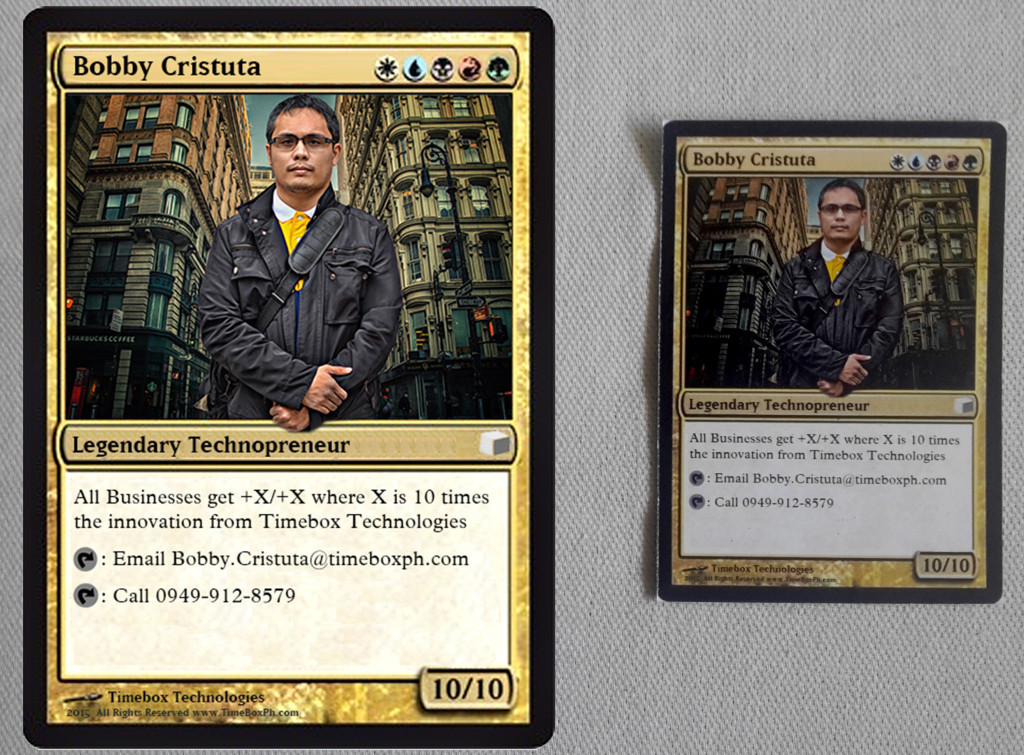 The card was definitely an attention-grabber. Even the print shop that produced this was very amazed as they were cutting the cards. They were all talking about how cool the concept and asked how it was done.

* We were having some client meetings for our other products. When we showed them the cards, the clients were literally asking for copies. They were amazed with the artwork. They couldn’t help but ask what the card texts means and what Timebox Technologies does. The card produced alot of interest and made fans out of these folks.

* We showed it to random people, we gotten same amazing feedback. They were asking for copies of the card and they were inquiring what the company does. This is a pretty interesting behavior since it shows the design can make it viral.

The SlowMoManila team are still cooking up creative works through card games such as these. Stay tuned as we unveil new MTG, Legend of the 5 Rings and Pokemon inspired cards. Send us an email if you want to hook up with us on our creative endeavors. 😉